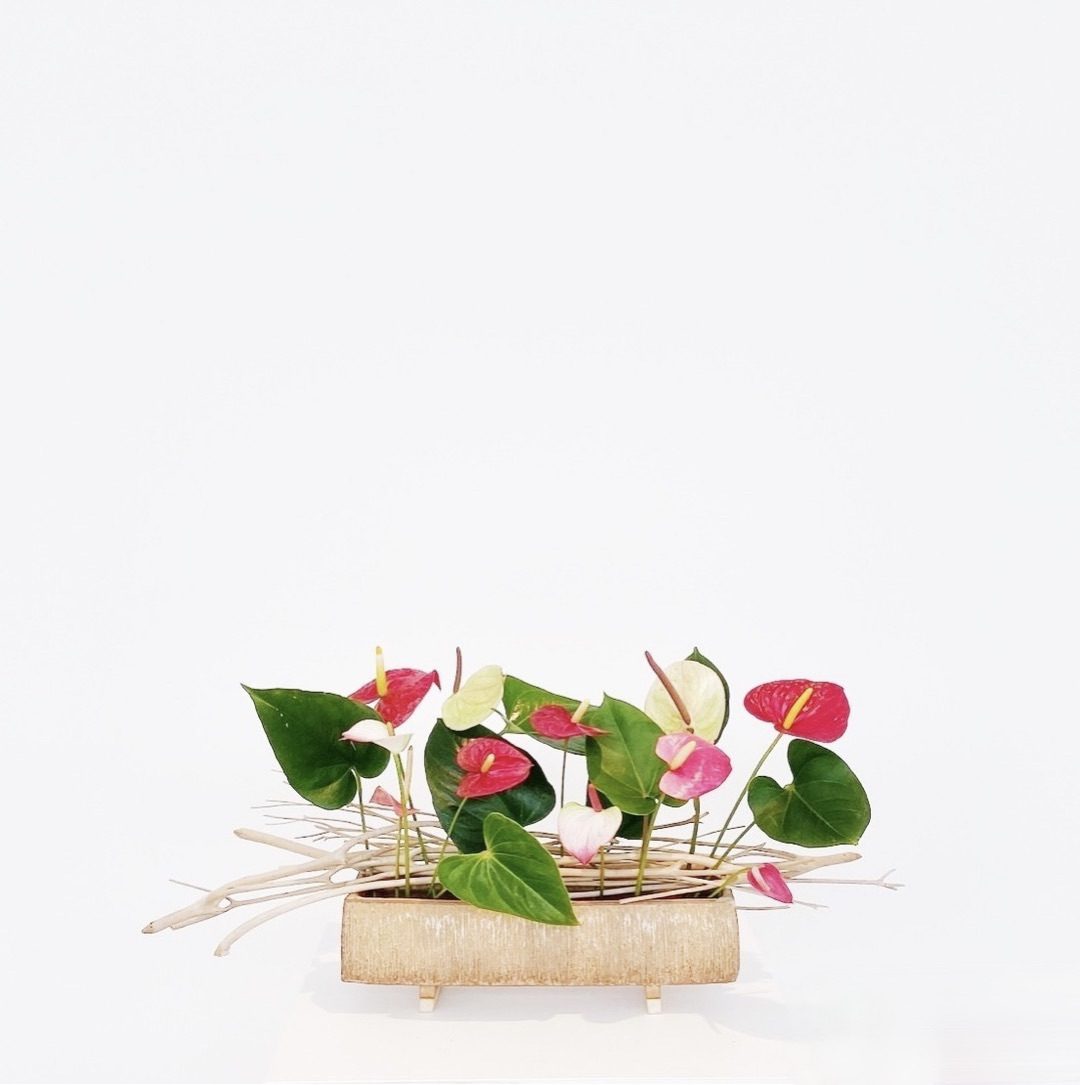 Ikebana is one of the traditional arts of Japan and has its real beginnings in the Muromachi period – the middle of the fifteenth century. Other Japanese arts that developed at this time were tea ceremony, Noh, painting, garden design and architecture.

Ikebana is often called the “Japanese art of flower arranging”, but is much more than simply putting flowers in a vase. It is creative expression within certain rules of construction using plant materials. Any plant material may be used as well as flowers. For example, withered leaves, seed pods, branches, etc. are valued as highly as flowers in full bloom.

Characteristics that distinguish Ikebana from “western flower arrangement” are asymmetrical form, the use of empty space as an essential feature of the composition and a sense of harmony among the materials, the container and the setting. Traditional Japanese paintings, architecture, gardens and design share these characteristics.

In common with other art forms, it is necessary to master certain fundamental techniques before proceeding to free creation in Ikebana.

There are many different Schools or Styles of Ikebana in Japan. Sogetsu is one of the more modern Schools. It was founded in Japan in 1927 by Sofu Teshigahara, who believed that Ikebana should be both enjoyable and creative and not bound by the rules of classical styles and copying patterns.

The Sogetsu School believes that anything may be used as material and displayed anywhere.

Sofu was the first Iemoto (head) of the Sogetsu School. It attracted a large following in Japan and from about the 1950s it began to make a notable and growing impact on the West. Sofu visited the United States, Europe and Australia, drawing crowds to his inspired demonstrations.

Fill out the form below and we will get back to you as soon as we can.